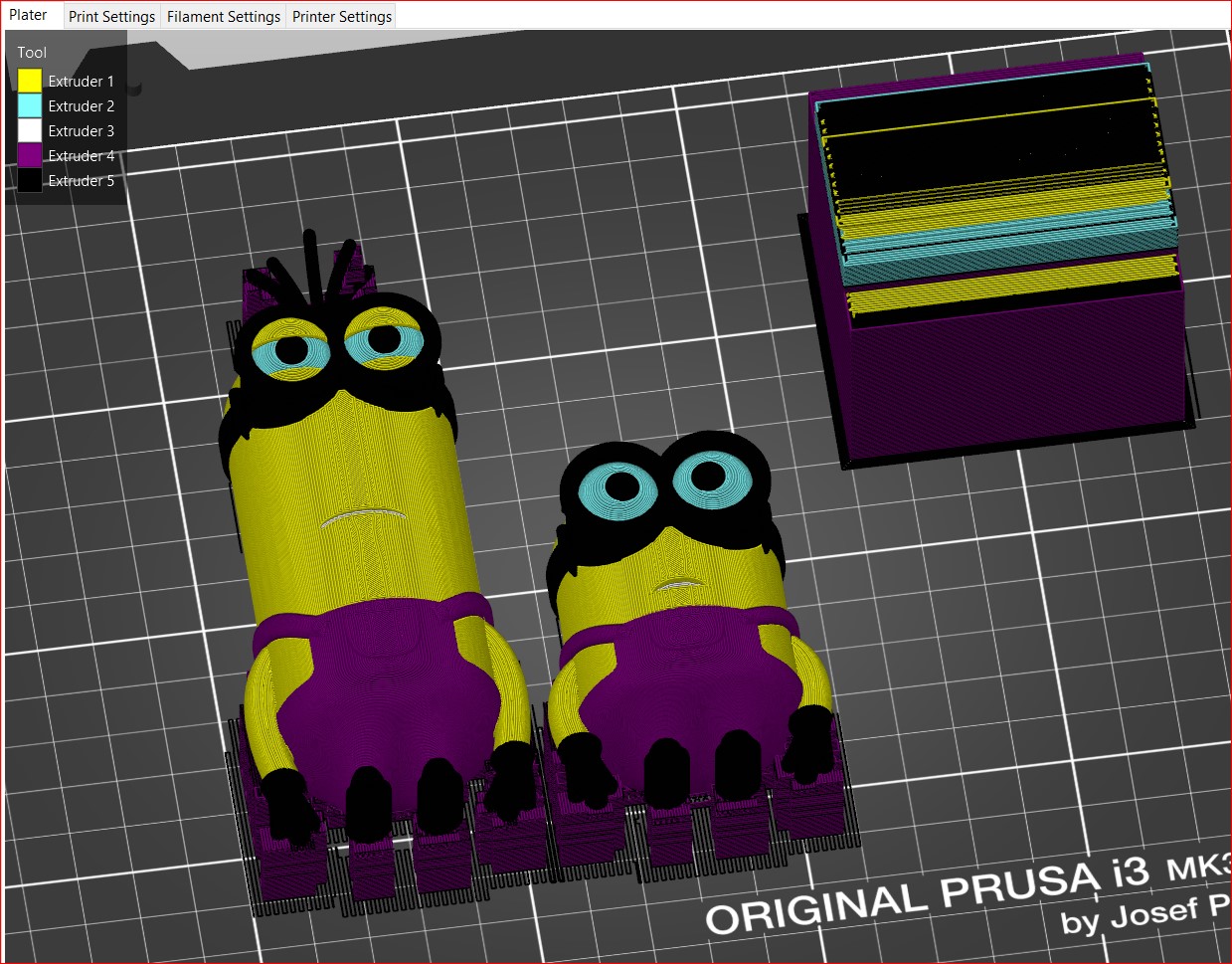 I like using Minions as my MMU test prints. There are several version of minons, like Stuart, Bob, and Kevin. Their story is that there are thousands of them. They look alike for the most part each but each one is slightly different. Since virtually every 3D print, especially test prints, have flaws every minion is distinct. Stuart One (below) has an extra line and ‘dirty’ look. Imperfection is acceptable!

Stuart Minion is the longest running MMU print I have tried. Prior to the MMU2S updates I failed on much smaller prints so I would never have attempted anything this complex.

It should have taken 16 hours but there were a dozen filament load/unload failures where it paused and waited for me. It finished 24 hours after I started it. I was impressed that it spotted there were problems and waited for me and I was able to recover successfully.

During the print I discovered if I trimmed the ‘string’ from ends of the retracted filaments between uses there were no failures. So I added an experimental dual blade (thank you martin_au) that does a much better job of trimming the ends off than the single blade did.

Analysis of Stuart One

The black bled into the yellow and purple so in the future I will increase the purge after using black.

There is a black line that runs around Stuart’s face which was a filament unload error where I broke the filament in the tube between the MMU and extruder during my intervention. I corrected the issue but the broken piece of filament was still in the tube so it printed. Structurally the print was sound so I cleared what was left of the broken filament and was able to continue the print. It adds ‘character’ and makes Stuart One easy to identify.

This is a test to determine the stability of my MMU2S after adding the upgrades. With the dual blade in place I’ve been able to print several short duration prints without issues so it is time for a ‘real’ test.

Today’s print test will take 26+ hour. So far there has been one unload error, at 2.80 mm that required my attention and that has been the only issue in over six hours of printing. I am optimistic it will be a successful print.